The distinguished literary critic and editor Sven Birkerts said of Failure: An Autobiography: “Outing himself as a failure, Gidding outs all of us.  But what a pleasure it is: the sweet burn of shame, the head-rattling impact of pride after the fall, the false redemption of complaint.  If you don’t connect to this book you are probably in terminal denial.”  Boston Globe columnist Alex Beam wrote, “It’s so good it’s flirting with greatness” (July 23, 2007).  The book was featured in a Newsweek article called “Betas Rule” (June 4, 2007), and later got a mention in Giles Harvey’s New Yorker piece on memoirs of failure (March 25, 2013). 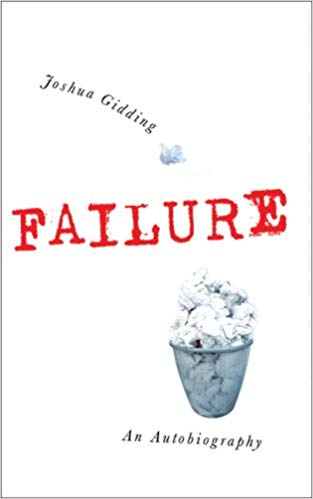